Scientists’ Warning of a Climate Emergency (2019) 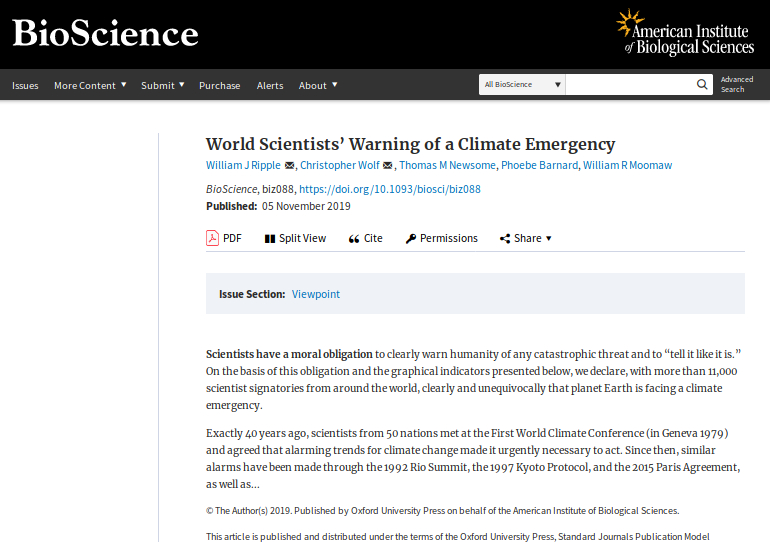 Approximately 2 years after the World Scientists’ Warning to Humanity (2nd Notice) was released in 2017 an additional warning in the form of the “World Scientists’s Warning of a Climate Emergency” has been released.  The paper opens with “Scientists have a moral obligation to clearly warn humanity of any catastrophic threat and to tell it like it is.“

The pdf file of the paper by William Ripple et al. is available as follows:

Scientists’ Warning of a Climate Emergency

The paper was also published in the prestigious journal BioScience, and is available here.

Paul Beckwith, one of 11,000+ signatories of the paper, has two videos that present the information in the paper as follows: