Infinite Growth on a Finite Planet

“Global civilization has an operating system. It is disastrously flawed. It is killing us. It is known by two common names: money and growth economics. Money is a virus of the mind which uses humanity [and nature] for its own reproduction.” – Stuart Scott, Director of the Facing Future Initiative“

Among the myriad threats now facing humanity, our current economic system is a top culprit. It is an economy based on a form of capitalism often referred to as neoclassical or limitless growth economy. In this video presentation Stuart Scott explains further:

We are in the middle of the first great mass extinction since the end of the age of the dinosaurs according to a shocking new study from a journal called Science Advances. As you read this article, Facing Future urges you to keep in mind that the clock is ticking with urgency. We have just a decade in which to control climate change . In short, this changes everything.

Limitless growth, which has also been called growthism, imposes heavily on planetary resources and on biodiversity in extremely invasive and toxic ways. “Today’s planetary ecological crisis is due first and foremost to the increasing scale of the capitalist world economy,” says C.J. Polychroniou. Along with a fiat monetary system, growthism supplies the antecedents of a morally bankrupt neoliberalism. The result is the insane politics of an American psychosis with global implications.

Some of the greatest minds of our time are writing prolifically about how this economic model we often refer to as business as usual has allowed our democracy to decay into what is now being labelled oligarchy, corporate totalitarianism, and fascism. Essentially, growth economics has been called a significant biosphere stressor by many well-known and notable researchers and writers such as Noam Chomsky, George Monbiot and Naomi Klein to name just a few.

The capitalism we have adopted is by no means our only option, but we continue as if it were despite the fact that we have clearly witnessed as a global species the consistent and perpetual ways that growth capitalism makes it impossible to ethically solve global and local problems, curtail planetary resource depletion, and avoid predation on the already poor and disenfranchised. A recent article titled “How Capitalism Torched the Planet by Imploding Into Fascism” discusses this further stating:

“The world is in the midst of a great mass extinction…one of just a handful in history. Now, if we had been serious, at any point, really, about preventing climate catastrophe, we would have made an effort to “price in” this extinction — with a new set of global measures for GDP and profit and costs and tariffs and taxes and so on. But we didn’t, so all these dead beings, these animals and plants and microbes and so on — strange and wonderful things we will never know — are “unpriced” in the foolish, self-destructive economy we have made. Life is literally free to capitalism, and so capitalism therefore quite naturally abuses it and destroys it, in order to maximize its profits, and that is how you get a spectacular, eerie, grim mass extinction in half a century…So first it ate through people’s towns and cities and communities, then through social systems, then through their savings, and finally, through their democracies (…)Let’s specify the unpaid costs in question: trust, connection, cohesion, belonging, meaning, purpose, truth itself…”

This economic model has long stalled climate action. For example, reducing greenhouse gas emissions at the required rates to keep us under the recommended 350 ppm has been shown to be impossible in the context of limitless growth economy.  We have already passed 400 ppm.  Further, according to NRDC, “during our 200,000-or-so years on this planet, CO2 concentrations have largely stayed below 300 ppm, as ice cores prove. For humans, this is uncharted territory.”

Still, market analysts proclaim that to maintain even moderate economic growth requires continued fossil fuel usage and production. They have consistently paid no heed to researchers and top scientists who have warned repeatedly that in order to reduce U.S. carbon emissions by 80%, carbon production must decline by a least 7% every year by even the most conservative estimates. This would allow the U.S. economy to continue to grow by 3% annually.

Year after year, we are only increasing consumption and emissions, while profits are simply never enough to keep pace with growing debt and demand. Additionally, world leaders consistently argue against any attempt at cutting emissions stating that it won’t be enough to halt climate disaster in any case, and no drop in the US carbon footprint is expected by 2050 according to the Department of Energy (DOE).

A continuation of this “business as usual”  scenario is already producing a “fortress world” response to crisis in which the affluent prepare to live in protected enclaves as the threat of disaster increases. We are already well on the way to a world without ice, which may shift our eccentricity and cause many other catastrophic events, like the planet losing the ability to cool itself.  Not a pretty picture.

Essentially this form of capitalism is based on war and destruction. It could be said that it is the only economy we know, but it is certainly not the only option. Many are discussing new directions. Even the UN has recently called for the end of growth economy. A Forbes article recently discussed how unless it changes capitalism will starve humanity. 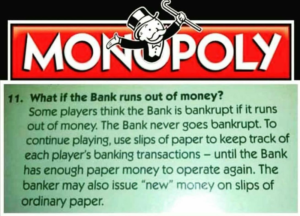 As long a society is monetized and militarized, it won’t be possible to change our current trajectory. We might only have a chance at it if we can attempt a paradigm shift toward permaculture (video), keep warming under 2°C, refuse fiat currency, and put in place a sustainable economy. This would likely entail bringing an end to this metastatic currency and embarking on an “ecological society“.

Researchers around the globe are actively discussing and reporting out on methodologies for implementing sustainable economies and governance within our current economic structures. There are numerous recommendations and studies on this topic. As a global species, we need to really focus on integrating these new guidelines and discuss system change in order to avoid climate change. We have yet to begin to invest in our future until we confront this challenge now in front of us.

“There are plenty of alternative paths available to us—we just don’t hear about them because they never get the media’s attention. Most Americans, for example, are completely unaware that the little country of Costa Rica, with a GDP per capita less than one-fifth of the U.S., boasts a higher average life expectancy and scores far higher in levels of wellbeing—while producing 99 percent of its electricity from renewable sources.” – EHN.org

We are called in our professional ethics to first, do no harm. However, our current economic model is driving us to commit atrocities for short term gains while we lose any chance for a future. For the majority of people on the planet, as well as the hundreds of species going extinct daily, shifting to a new paradigm will not happen soon enough. Yet we all know that ending the money monopoly will also come at a price.  However, it’s clear according to Kate Raworth, who explains 7 ways to think like a 21st century economist, that:

In the meantime, there are some things individuals can do to get started reducing the consumption footprint. George Monbiot has been saying for years that “pathological consumption has become so normalized that we scarcely notice it.”  We simply need to take action where we can. Edward Abby pointed out that action is the antidote to despair and said that “sentiment without action is the ruin of the soul.”  Everyone can do something no matter how small.

Groups like eXtinction Rebellion, Greta Thunberg, Noam Chomsky (video) and others have recently put forth the call to action toward massive non-violent, civil disobedience. Some groups are already ramping up. Urban permacutlure is taking off in ecovillages and retrosuburbia. Another example, Buy Nothing Day is an opportunity to meditate on curtailing spending and consuming even if just for a day. Some are discussing boycotting Fortune 500, Lawsuits v Government and Bad Actors (video), and Ditching GDP in order to stop paying the salaries of an elite leadership, a plutocracy, that does not honor the wishes of the people. Ultimately we must adopt an ecological economy and practice sustainability in every sector.

“Our failed approach to climate change is mostly a failure of imagination. We are not fated to this path. We can do better. Yes, there are some truly colossal headwinds, but we still control our future. Forgetting that fact is sure to doom us all.” – Eric Holthaus, Grist

The current economic system is a war on all life. Therefore, it is crucial that we now begin to draft an economic policy that will also allow for a truly sustainable, regenerative and ecological economy to emerge. It’s now or never. 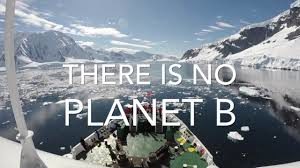