On its 25th anniversary, a group of scientists looked back at that first warning to evaluate humanity’s response. What they found was most distressing. With the exception of curtailing depletion of the ozone layer protecting life from the sun’s damaging UV radiation, humanity had failed to make progress in solving the challenges originally documented. Instead things had gotten far worse.

Note that links to the actual paper from William Ripple et Al along with available translations can be found here. 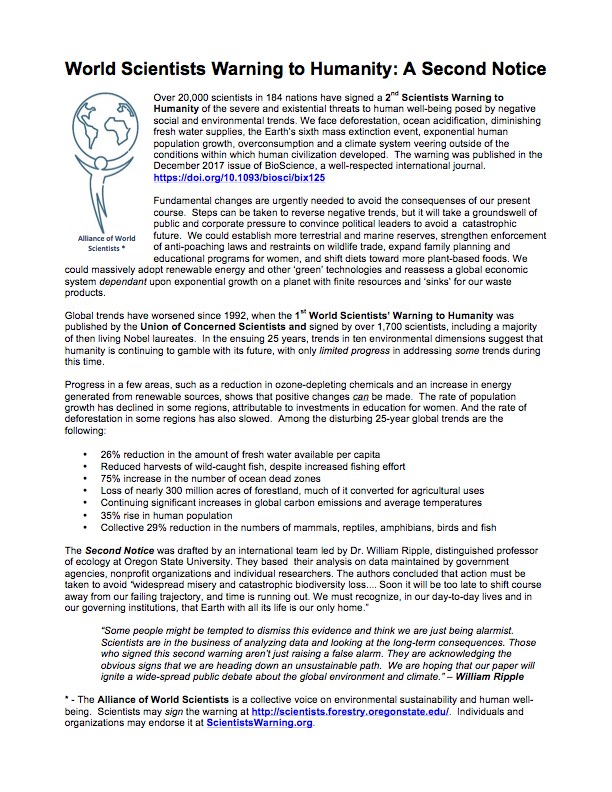