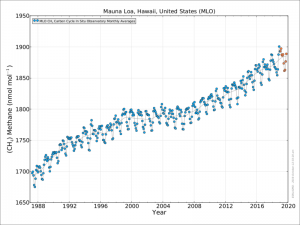 A copy of most of my letter to a friend of our work:

Sorry it’s taken me so long to get this email out. The chaos caused by the switch of venue from Chile to Spain has put me back into a very unhealthy state of stress, and adapting while ‘training’ a team to support and perhaps replace me has been extreme.

I wanted to give you at least a few things to present to contacts who want to start focusing public attention on the right things to be watching from my perspective.  In fact, I will try to include a piece in one of my programs on the matter.

I have to present them in linear fashion, but would not call them an ordered list. They will vary from simple to more complex, but once people get what some of them are, it will benefit us all.

– Just like there is a wind chill factor for cold air combined with wind, there should be a heat amplification factor. For instance, 36oC dry bulb reading becomes lethal to those whose lives take them outside when the relative humidity rises – laborers, people exercising for health, and kids walking to school and pensioners simply walking to the market who are perhaps most vulnerable.

– Naming it properly would be essential too. I’ve seen it as a ‘heat discomfort index’ in the EU (not reported, but beginning to be recognized). Calling it, for instance, the ‘Heat Distress Index’ would work better.

– The methane release in the Arctic is under-reported and is perhaps one of the best kept secrets… we should discuss this part over the phone since even the so-called climate scientists are blocking it out of mind since the ramifications are so extreme. It’s left out of the models and the IPCC is only beginning to mention it (not track, quantify, extrapolate and include in their models). It’s hard to get their heads around the possible fatal blow that is underway.

– I am not sure if there is an ‘index’ that could be constructed, but perhaps more important than reporting ground temperatures locally is to develop a means of reporting the pattern of the Arctic jet stream over North America.

– This could be done by simply reprinting the visual data from Earth Nullschool and I have a scientist from your area who could help figure out how to make it a daily or weekly reporting feature. You don’t really need an index for that one. The reportage would be as colorful as any weather map, and quite a bit more helpful in explaining the increasingly frequent ‘climate anomalies’ that are occurring.

Let me also give things that should not be reported, at least not as they are.

– Any report that includes a prediction going out to 2100 or 2050 is counterproductive. It conveys the sense that the matter is something for our kids and grandchildren to worry about. This creates a smokescreen. These figures should be avoided or downplayed since they are part of the lying with statistics that is done at the international and national level. Instead impacts expected by 2025 are more of a wake up call. Hence reporting the decline of volume and extent of the Arctic ice sheet could be made into comprehensible reporting.

– The US intelligence community (backed by the Summit supercomputer at Oak Ridge, TN for instance) is expecting what’s called a Blue Ocean Event (BOE) between 2022 and 2026. This will mark a rapid turning point in the climate system and even more chaotic weather patterns ESPECIALLY in Canada and North America. Since the decline of ice extent (coverage) and the volume of multi year ice is proceeding apace (exponential decline) this should be explained and reported.

– The most important one of all will be extremely hard to get the media to report since it runs counter to the very basis of the ‘cargo cult’ of Western civilization… and this one we need to talk about–just because the reportage would be a major point of resistance.

– Fish kills should be major news, as should be the decline of ocean fisheries from the warming and acidifying conditions.

There are more. This is only what my 4:00 am Muse inspired me with.

I would be able to discuss these by video with you or them in a manner that could be shared electronically with the others in a position to change media reporting on climate.

Give me a call when … I leave for Spain next Thursday to rest and create the media for my programs.