There are many obvious examples of how human civilization is destroying the habitability of Earth. Climate change and the consequent dying (bleaching) of coral reefs are examples. Despite the well-funded disinformation efforts of irresponsible, self-interested individuals and companies, there is no substantive controversy about the reality of climate change nor the human cause. 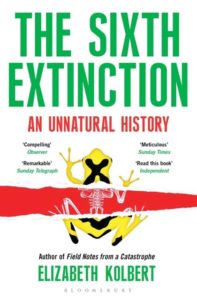 Civilization has triggered the 6th Great Extinction Event, and we are on track to lose 30-50% of all species on Earth by the middle of this century, and much more after that. This is damaging the biosphere to the point where the planet may become uninhabitable for humans, and certainly one where it will become increasingly difficult to feed ourselves, even in the most prosperous nations, when we are hit hard by increasing drought over coming years.

Addressing this dangerous path society has taken is what this website is all about, presenting the evidence, alerting people all over the world, and gaining their support in demanding change from our leaders in government and the powerful business and banking sectors.

This website is about raising awareness of these crises and consequently motivating action in various forms. As part of this effort we would like to draw your attention to the Scientists’ Warnings as published by the Alliance of World Scientists as follows: