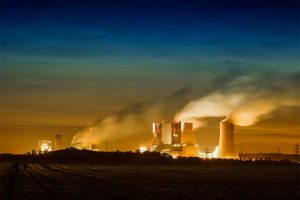 We just received direct authorization to share this email, from a friend who cares very deeply about all our work–yours, mine, theirs, ours. He either knows most of the leaders in climate, many of you who are vocal, and cares very, very deeply. Signed Scientists Warning Team/dk:
———- ———-

Dear Stuart, Thanks for calling.

As David says focus on your recovery. Foremost we all pray for your best health. Probably not good to add other climate subject matters to your COP24 presentations in Santiago. However, I greatly appreciate your interest in the nuclear meltdown aspects of approaching impact events. Oak Ridge National Laboratories & the NSA Y-12 DOE complex have the most advanced technologies in development.

1,237 Spent fuel cooling centers would evaporate after a few weeks if crews are not able to maintain them after an EMP. (Bio-weapons, Cyber attack, regular nuclear war, financial collapse)

Due to the past 2 summers of European heatwaves the French reactors had to shut down. River temperatures are too hot to conduct proper cooling.

From the Apophis asteroid of April 13 2029 to Zika pandemic there is a long list. Abrupt Artic melt is #2 due to the Summit Supercomputer projections of 2025 BOE. Yet of course all, models contain uncertainty.

Still, our CIA director Ms. Gina Haspel
is concerned with our current lack of
capability to respond to a wide scale
of nuclear accidents. (Due to Trump’s
deregulation of all nuclear plant safety
in order to help the energy companies
achieve higher profits.)

Gina & I must adhere to the commander in chief, however the public is encouraged to take more interest in the shutdowns of the EPA, NRC, FEMA & ORNL safety & consequence management.

greater than < 130 spent fuel & reactor meltdowns in a month would create intense fires. The release of ionizing radiation at that rate and above (451 reactors globally) would oxidize & destroy Ozone layers.

Due to standard levels of industrial chemicals, ionizations & illegal CFUs – within the next 10 years we are likely to see an ozone hole perhaps as big as the present one over Antarctica but over the North Pole.”

Arctic Ozone Hole in The Near Future?

May 25,2000-Upper atmospheric conditions in The Northern Hemisphere are becoming similar to those of the Antarctic. The result of this could be the formation of an “Arctic Ozone Hole” or “low ozone event”. The alarming difference is that there are millions of people that live in the area that will be exposed to this deadly radiation. These conditions could expose large numbers of people and animals to more ultraviolet radiation, which can cause skin cancer and disrupt reproduction of some animals and destroy plant life.

FEMA – Unmaintained Nuclear reactors & spent fuel meltdowns release radiation on scales much longer than nuclear weapons. In the aftermath of a limited Biological or EMP nuclear warfare strike, there will be almost no capability to contain the subsequent fires and impacts upon reactor sites.

Excellent work getting Greta going. Stuart you are a hero. The Jason Group, Rand Corp, Brookings Institute, MITRE, NSA and the collective Intel gathering services are closely watching and waiting for Climate concerns to reach more than 40% of the consumer population. Right now only about 3.2% of the public are willing to take actual actions that alter how we must respond. Although there is global concern about pollution, the main perspective is to wait till 2030 – as long as Apophis 2029 can be deflected by NASA and abrupt climate issues can be mitigated.’

———- ———-
We remain very, very close to the sender, but only note, this is the letter in full, send to Stuart, David Korn, Rob Harding October 24th.