Please find links to the video recordings of the presentation below.

Presenting before the US NRC
(Nuclear Regulatory Commission) 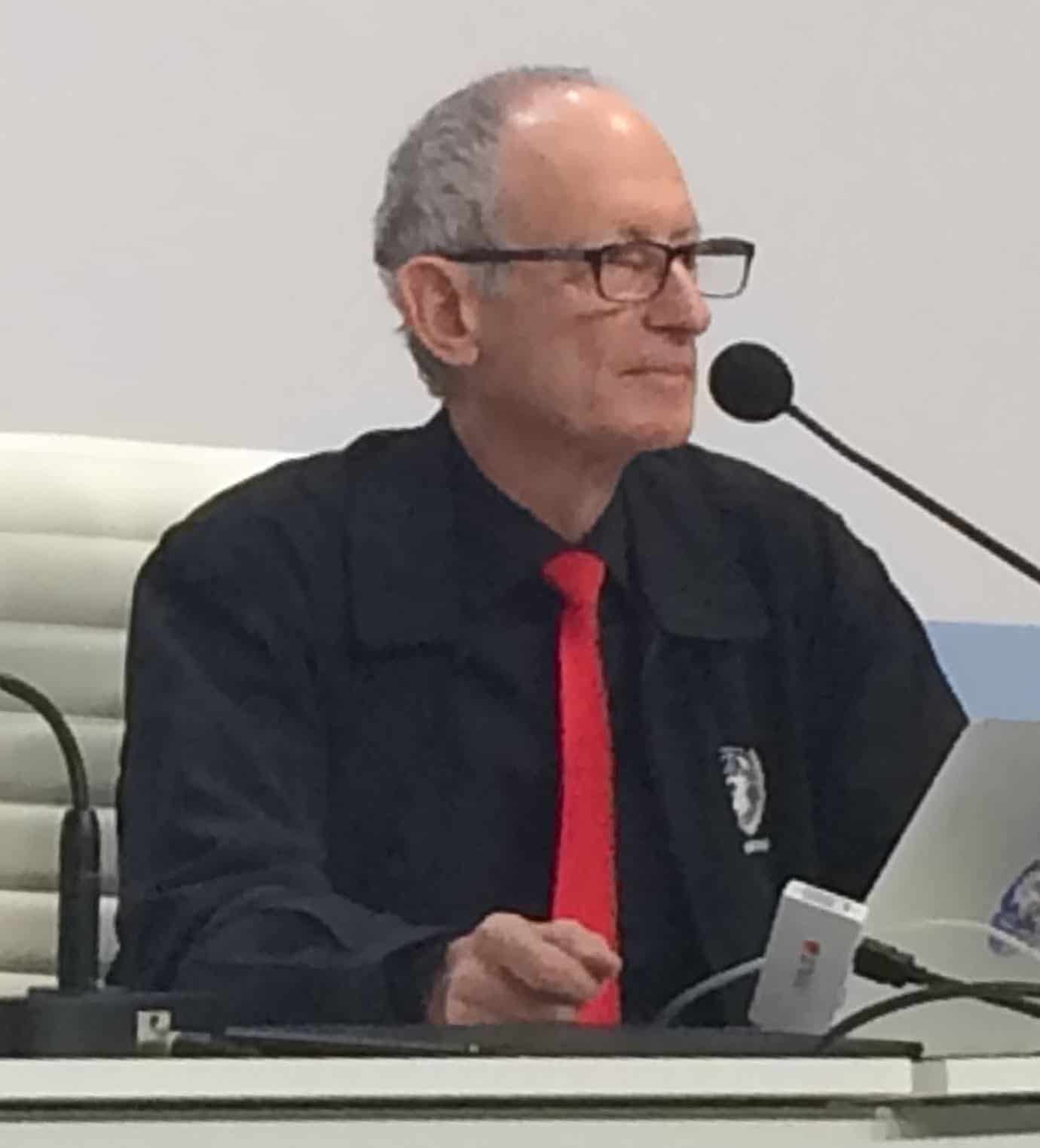 On Tuesday March 9, 2021, along with nuclear expert Paul Blanch, Facing Future’s Executive Director, Stuart Scott, will be defending the public’s right to intervene on matters of nuclear safety. For many years the NRC (Nuclear Regulatory Commission) has been what is known as a ‘captive regulator,’ acceding to nearly every request for ‘regulatory relief’ from the Nuclear Power Industry (relaxing safety rules or enforcement) while at the same time rejecting nearly every public petition aimed at strengthening the rules, or just enforcement of the existing rules. It is quite shameful to know the extent to which the scales are tipped in favor of the licensees and against public and environmental safety in the US.

In Tuesday’s hearing before the Petition Review Board (PRB) of the NRC, Stuart, Paul Blanch, and Public Watchdog’s Charles Langley will make a strong case in support of two of the numerous petitions submitted by PublicWatchdogs.org, and making the more general case that we’ve got the proverbial ‘fox guarding the henhouse’ in terms of nuclear safety in the US. Additional background information about the petition is available here.

There is an extraordinary safety risk involved in the substandard storage of ‘spent’ nuclear reactor waste in the US, both at Southern California Edison’s decommissioned San Onofre nuclear power station and at nearly a hundred other nuclear utilities around the nation. The San Onofre station happens to be adjacent to a popular surf spot, immortalized in the surf-rock song by the Beach Boys, “Surfin USA,” in which San Onofre is mentioned. 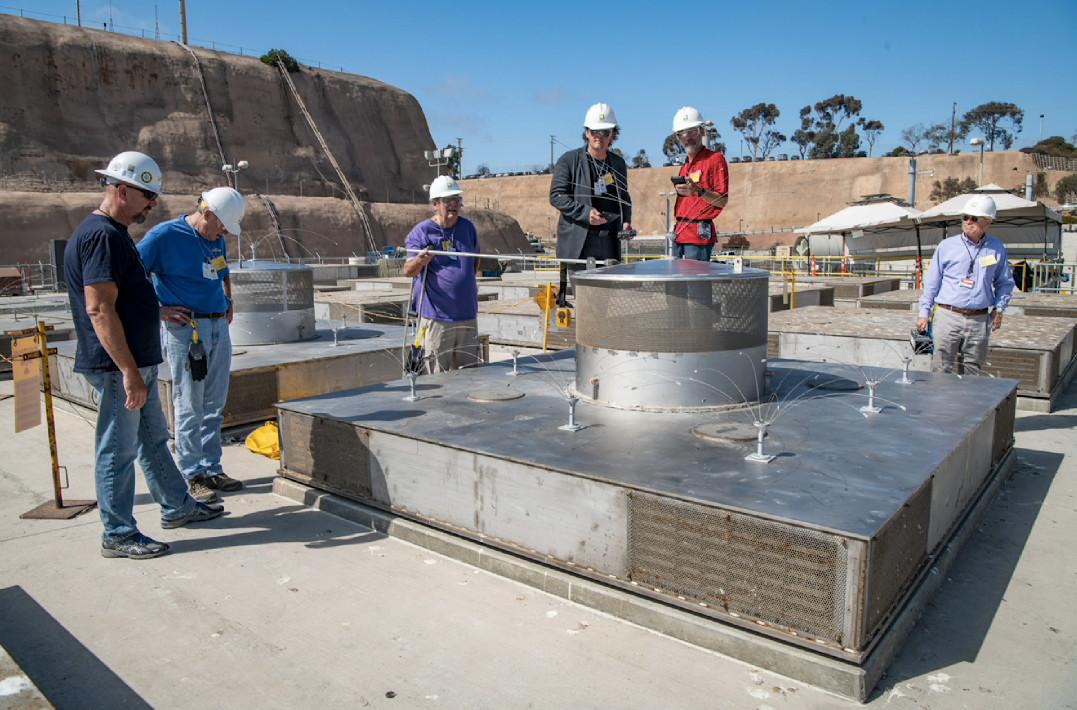 But numerous other nuclear power plants around the US use the same substandard canisters manufactured by Holtec International, and similar companies. The plant is located on the Pacific Coast Highway between Los Angeles and San Diego, and is embedded on land belonging to Fort Pendleton, a military training base famous throughout the world for the training sessions held in amphibious landings for both American and foreign troops. This makes San Onofre a legitimate military target for potential missile attack from Asia (think North Korea).

The nuclear waste is stored in 73 twenty-foot-high, thin-walled (5/8”) stainless steel canisters. The engineering of the site does not properly account for risks of flooding, earthquake, tsunami (the site lies in the tsunami zone on inundation maps), enemy attack, or terrorism on the ‘cemetery’ of 73 canisters buried in the ground about 100 ft from the ocean. The result of even one canister being breached or leaking could be a radiation release on the order of what was released at Chernobyl in 1986. Attendance at this meeting by the public and press is strongly encouraged as the nuclear waste issues have remained largely ‘concealed nuclear risks,’ while the actual plant accidents (Three Mile Island, Chernobyl and Fukushima) have received widespread public attention.

“The highly risky way that nuclear reactor waste is treated in the US is quite shocking. It’s the result of a stark and obvious prioritization of the power and financial interests of the Nuclear Power Industry over Public Safety by the NRC (Nuclear Regulatory Commission),” says Stuart Scott.

“We have shown clearly that the NRC is highly responsive to the requests for regulatory relief (relaxation of rules or their enforcement) by the industry they should be regulating. At the same time, they virtually ignore public input. They refuse to consider most public petitions filed, and then reject almost all of the few they even choose to consider. It’s a shame and a crime against the public and future generations, who will bear the growing risk of over 3,200 substandard storage canisters in use around the US.” [For more information on how these canisters are substandard, click here (video).]

“That does not take into account the completely unprotected ‘cooling ponds’ in which so-called ‘spent nuclear fuel’ is left for years until it is cool enough to be welded shut into relatively thin-walled canisters. This flaunting of public safety is a direct result of the increasingly cozy relationship that has developed over the years between the regulators (NRC) and the licensees (nuclear power utilities),” Scott adds in a combination of disbelief and disgust.

Stuart H. Scott, the Founder and Executive Director of Facing Future, best known for bringing Greta Thunberg to the 2018 UN climate negotiations in Poland (COP-24) and Dr. James Hansen, the 32-year veteran Director of NASA’s Goddard Institute for Space Studies to COP-21 in Paris in late 2015.

Charles Langley, Executive Director of PublicWatchdogs.org, is a public advocate with more than 25 years of experience in the field of energy law, energy policy, and utility rate-setting.

Webinar Link: This is a Webex link. Click here.

Registration Instructions: To register click on the Webex link above where you will have the opportunity to register for the presentation.

It is imperative that the press and public attend. For too long the NRC has granted the nuclear power industry nearly everything it has asked for while systematically rejecting even from consideration the many public submissions of informed petitions. Of the 387 petitions that have made it past outright rejection from consideration, only 2 have passed on to being considered, and one of those was from the Diablo Canyon Nuclear Power Plant itself! Discounting that anomaly, only 1 out of 387 petitions has been granted, and in that one case, ‘no substantial relief’ was provided by the NRC, a finding by the Atomic Safety and Licensing Board (ASLB) in a case brought before it in 2012.

If you are a member of the press, we encourage you to publish a small piece about this important meeting even if you are unable to attend in person.

More information and interviews with Paul Blanch, Stuart Scott, and Charles Langley can be requested by email to [email protected]

The presentations before the NRC were recorded and posted on FacingFuture.TV . Please find them as follows:

9 Replies to “Presenting before the US NRC”