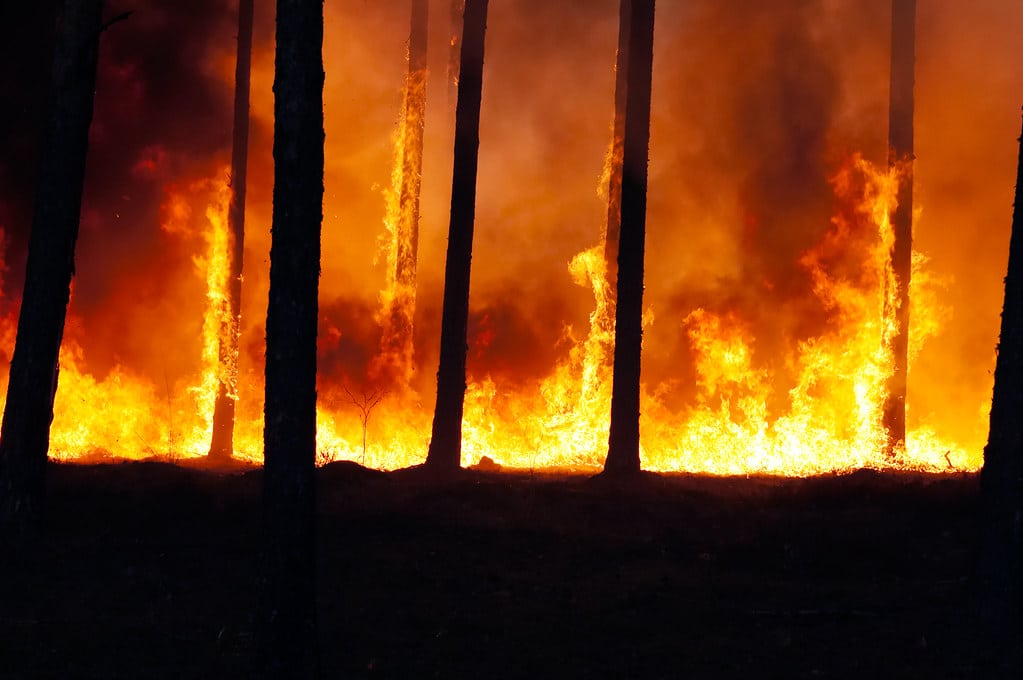 Abstract from
Deep Adaptation: A Map for Navigating Climate Tragedy
by Jem Bendell

The purpose of this conceptual paper is to provide readers with an opportunity to reassess their work and life in the face of an inevitable near term social collapse due to climate change.

The approach of the paper is to analyse recent studies on climate change and its implications for our ecosystems, economies and societies, as provided by academic journals and publications direct from research institutes.

That synthesis leads to a conclusion there will be a near term collapse in society with serious ramifications for the lives of readers. The paper reviews some of the reasons why collapse denial may exist, in particular, in the professions of sustainability research and practice, therefore leading to these arguments having been absent from these fields until now.

The paper offers a new meta-framing of the implications for research, organisational practice, personal development and public policy, called the Deep Adaptation Agenda. Its key aspects of resilience, relinquishment and restorations are explained. This agenda does not seek to build on existing scholarship on “climate adaptation” as it is premised on the view that social
collapse is now inevitable.

The author believes this is one of the first papers in the sustainability management field to conclude that climate-induced societal collapse is now inevitable in the near term and therefore to invite scholars to explore the implications.

A Note
from Alison Green

This past weekend (Nov.  3, 2018), I travelled to Brussels with Stuart Scott at the invitation of John Doyle to speak to the Foresight Group at the European Commission. It was an astonishing meeting, in so many ways.

Travelling to Brussels on the Eurostar was a prelude to it all – we passed the barbed horrors of Calais and could not help but feel the continuing strangeness of seasons that have somehow come to be detached from their archetypes.

We presented to around 30 representatives of the various departments within the EC, having carefully planned the session over the weekend. Our brief? To summarise the ‘journey so far’ and ‘what do we do about it – and how?’

Stuart presented a formidable set of slides covering the journey of ScientistsWarning.org, from the first warning in 1992 to the most recent second warning in 2017. One person remarked that the second warning should have been termed ‘the final warning’. Perhaps that person was right? And then the presentation moved into the evidence base – incontrovertible data on the declining Arctic sea ice density, exponential increase in human population, decimation of wildlife, the terrifying methane problem, drought and food insecurity, wildfires and more. No one could fail to be profoundly shocked by the information set before them.

I spoke about ‘the sense of an ending’ – that as humans, we sense an ending approaching, but we also question the sense of *this* ending. Is this a fitting ending to humanity? For we are surely looking at an ending. And in the face of this, how can we regain some sense of ourselves as part of the incredible phenomenon that is life? I spoke also about denialism, Extinction Rebellion and why it is that we must now consider civil disobedience, and about Jem Bendell’s work on ‘Deep Adaptation.’

We must rage, rage against the dying of the light, and come once more to appreciate all that life bestows upon us. And during that meeting, I sense that that is what happened – people became emotional, tears were shed. One deeply moving moment for me came when one person said, “I no longer feel alone.”

Journeying home to Cambridge and reflecting on it all, I overheard a conversation behind me on the train. Some Australian and Belgian men were talking about the strange summer heatwaves. One man said this: “Climate change – we hear about it but I don’t know if it’s real or not.” Then one of the others said, “it’s always changing.” This was important – here was a group of people, talking about their experiences of strange weather. They know that what they are experiencing is odd, yet no authority has overtly stated that what we are experiencing IS an emergency. And to this small group of people, the hopeless possibility remains that all may come right again. And THIS is why we must demand that the truth is told.

A Poem
by John Doyle

Our attachments. All can vanish in an instant.

They will vanish from us sooner or later anyway,

but abrupt insult is another matter.

Use it to alter habits and create new norms.

about your new norms rather than merely being disobedient.

Live a life that others will accommodate just to have your company.

One Reply to “Deep Adaptation”