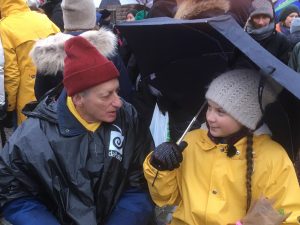 Stuart was a Cub Scout and Boy Scout in his youth, spending summers at Boy Scout Camp, and roaming the vacant lots and parks that existed in a somewhat natural state in his neighborhood in Queens, NY. He speaks of the rabbits and raccoons that frequented in the vacant lot bordering his family’s modest brick ‘row house’.

He was introduced early to the use of lenses to magnify the tiny organisms and mineral structures, and to bring into focus the immense but distant planets, stars and galaxies. He retains his family’s microscope to this day.

Scott had an experimental chemistry set, with reagents which are no longer deemed safe in the hands of children. He also experimented with electricity, magnetism and airfoil architecture both as hobbies and for science projects.

PRIMARY AND COLLEGE EDUCATION
Stuart attended public schools for elementary, middle, and high school in Queens, NY. He was captain of the math team at Jamaica HS, and editor of the annual publication Radius in 1965. He graduated 7th in a class of roughly 1500 students. He attended Brooklyn Polytechnic Institute the summer of 1964 where he worked in the high pressure physics laboratory.

He attended mathematics classes at Columbia University during his senior year of high school, was admitted to both Columbia and MIT, but chose to attend Columbia. During the summer of 1965, between high school and college, he worked for IBM helping to schedule the ‘road show’ for IBM’s new model 1401 mini-computer series.

At Columbia he majored in Mathematics, with a concentration in Computer Science at a time when no formal program in the subject existed at Columbia. His work-study job was assisting professors with their computer aided research. He tells stories of copying a professor’s key to the computer lab and surreptitiously restarting the IBM 7094 mainframe (which was less powerful than today’s scientific calculator) to run his jobs. He was finally caught by security, and the key taken away with a mild lecture from his professor.

Stuart was in his junior year at Columbia in 1968 when the school was taken over by students protesting Columbia’s secret contracts with the military and attempt to encroach on a public park by placing a new gymnasium in the then infamous ‘Morningside Park’, which formed the cliff-lined geological separation between the elite Morningside Heights and the predominantly black neighborhoods of Harlem.

While not a ‘radical’ in any sense of the word, Stuart was the student monitor for the Mathematics building, and rushed over to prevent damage when the sit-in spread to that building. Knowing where the keys to the copier were, he was able to unlock it and thereby facilitated the copying of the secret files in then university president Grayson Kirks office.

In some sense that experience was a ‘coming of age’ and an ‘eye-opener’ for Stuart who was able to see the marked discrepancy between the reality of the situation on campus and the way it was reported in the world-famously ‘objective’ NY Times. Unprovoked violence by police went unreported, while provocations that never occurred were fabricated to justify the police violence.

After graduating Columbia, Stuart taught mathematics in Joan of Arc Junior High School (a public school) for 2 years before taking to the road for his ‘wandering years’.

WANDERING YEARS
From 1971 to 1973 Stuart lived in a converted delivery van roaming the western North America, from Mexico through Washington State. During this time he teamed up with a couple who were ‘rock hounds’, with intimate knowledge of the abandoned mines throughout the west where mineral specimens could be gathered and sold to ‘rock shops’ in the southwest. The unparalleled beauty of these locations left an indelible mark on him with their walls full of glistening crystals of all shapes, colors and sizes, and the thought that most of this beauty was crushed for the monetary value of the mineral components.

During this time Stuart earned his expenses as a ‘minstrel’, playing and selling a deceptively simple musical instrument; a length of corrugated plastic tubing about 3 ft long, which when swung around played the overtone series, the sonic form of an underlying law of energy known as the ‘overtone series’. This allowed him the freedom to roam the areas of natural beauty in the western US on weekdays, spending only weekends at touristed locations on weekends.

EARLY EMPLOYMENT
After coming in off the road, Stuart worked in IT for a series of companies on Wall Street, including 2 years as an Account Executive (stockbroker) for Merrill Lynch. During those two years he became intimately versed in the sham that Wall Street represents. This was another eye-opener to the world of money, banking and finance that became a fundamental building block in his world view of Money & Economics.

Disillusioned with Wall Street and the so-called world of finance, Stuart returned to Information Technology, eventually starting a consultancy to Citibank for the express purpose of bringing the relatively new field of Electronic Funds Transfer (EFT) to the domain of check processing (demand deposit accounts). The tantalizing goal was to enable the reduction of time it took to clear a deposited check from 7 to 10 days, to overnight or even instantaneous for checks of very large amounts.

The consultancy billed over 2 million dollars in two years, but the system did not ‘sweep the banking world’ as he’d hoped since it was realized that for every bank and check depositor that wanted to clear checks more quickly (instantaneously was the tantalizing goal) there was another bank and check writer who wanted the clearing to be slow so that they could collect interest on the ‘float’.

There was massive ‘check kiting’ going on in the industry. The phone company in NY was regularly depositing a check for several million dollars at one branch a half hour before the bank closed, collecting the overnight interest, and covering the check the next morning with the bank opened. One company was discovered doing it regularly three times a week between accounts in NY and Detroit, and collecting $40,000 of interest on the ‘float’ each time. Realizing it would take many years for the Federal Reserve to mandate electronic clearing, preparing customers both large and small for the conversion, Scott dissolved the consultancy and returned to graduate school.

After 7 years out of college, and after discovering meditation, engaging on the path of self-realization, and discovering the Arica Institute, Scott returned to graduate studies in Computer and Information Science at the University of Florida in Gainesville. His grade point average over the two years of his studies was 4.0 (all A grades). His graduate assistantship was in the area of modeling early electric and hybrid vehicles.

CONVENTIONAL CAREER vs. CAREER OF SERVICE
Upon graduation from his Masters program, Stuart was hired by IBM in Gaithersberg, Maryland as part of a team on what was at that time the largest dollar-value (hardward and software) project of all time, a rewrite of the entire American air traffic control system, which had been hobbled together over time, and was clearly presenting unsafe situations with the exponential expansion of flights and the proliferation of new generations of equipment. After studying the architecture of the proposed system, Stuart worked up the courage to correctly predict to the project’s management that the effort would fail. It did so several years later, after he had transferred into technical sales in IBM’s Honolulu, Hawaii office. IBM subsequently sold the entire Federal Services Division, to a French company ostensibly to bury the embarrassment.