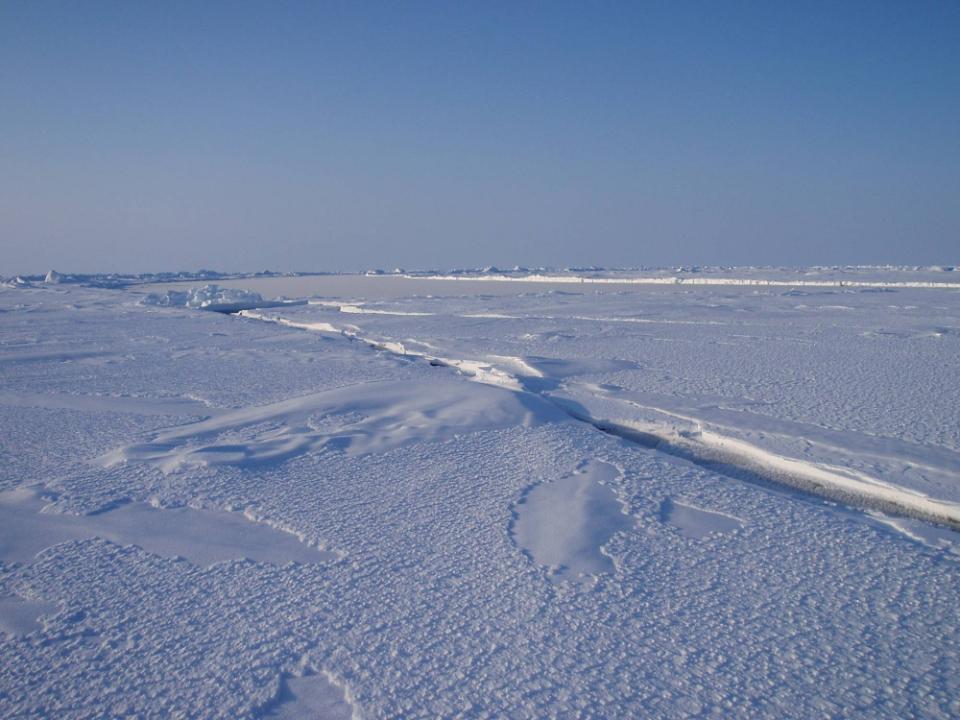 [This is the second part of “Arctic Methane Breaking News”, a two-part article by Dr. Peter Wadhams. The first part is here.]

Methane is one of the most important greenhouse gases, second only to carbon dioxide in its heating effect, though far more potent, molecule for molecule. Its instantaneous global warming potential (GWP) is ~120 times stronger than CO2 (Myhre, G. et al., 2013). The levels of both gases are increasing, with CO2 having now reached over 400 ppm. Methane is increasing far more rapidly.

It is known that the methane level in the atmosphere is a cumulative product of many sources, including wholly natural sources (e.g. termite mounds); natural sources enhanced by Man’s interference (e.g. digestive systems of domestic animals, or Arctic seabed sediments releasing methane as the system thaws); and completely man-made sources (e.g. leaks from pipelines).

This week a report (1e-1) identifies a completely man-made source which simulates the natural methane released from the seabed. Wells are routinely drilled into the sea floor for oil and gas production, and abandoned when they stop being economically viable — sometimes this is after years of oil or gas extraction, sometimes it’s part way through drilling before the well is even finished. Every abandoned well should be plugged with cement. But not all of these wells are plugged and properly maintained before being left behind. The result: methane and other gases leaking in unknown quantities for years on end from tens of thousands of holes in the ocean floor.

The Trump administration relaxed regulations on the frequency with which plugged wells should be inspected, and also, to add insult to injury, held a final lease sale just before the election which raised $121 million.

The Global Methane Institute estimates that worldwide there are 55,292 abandoned wells, of which 2% can be described as “super spreaders”, leaking more than 1 kton per year. Gas from abandoned wells is estimated to be responsible for 20% of man-induced methane emissions. The US Environmental Protection Agency has a Global Greenhouse initiative, but Mary Kang of McGill University, who is studying methane emissions, estimates that actual emissions are 60% greater than EPA estimates.

A study of abandoned North Sea wells showed that 52% of those studied showed evidence of leakage, producing 0.9-3.7 tons per day. Carelessness in capping wells and subsequent inspection is enhanced by the fact that it costs hundreds of thousands of dollars to cap a single large well, and that the oil company has no further revenue from it and hence no incentive to take care of it. There are “orphaned wells” that have never been capped because the originating oil company has gone out of business.

There is no provision in the oil industry for setting aside a percentage of a well’s cost as “life cycle costs” associated with its later decommissioning, in the way that the nuclear industry has to make provision for nuclear power station decommissioning. There is only one initiative within the industry itself, an Oil and Gas Methane Partnership set up by UNEP and the European Commission, in which 62 companies agree to keep regular track of their own decommissioned wells.

Figure 1.2 shows how methane concentrations in the atmosphere have increased and are now increasing again. The first big rise was from the interglacial level of 720 ppm that prevailed before industrialization, to a level of 1800 ppm which was reached by the year 2000. Then the level hovered for a decade but started to increase again and the increase is accelerating. By comparison, fig. 1.3 shows that “fugitive emissions”, that is emissions from leaks including uncapped wells, now represent the second biggest source of atmospheric methane, and one which rose rapidly until 2010 when it started to hover. (Source: Hannah Seo, “Environmental Health News”, December 21 2020)

f) The Moon and Methane

A link between the state of the Moon and the emission of methane from the seabed may seem to belong to the world of astrology, but in fact a link was demonstrated recently (N. Sultan et al., “Nature Communications”, 11, no. 5087, “Impact of tides and sea-level on deep-sea Arctic methane emissions). On the deep part of the continental shelf NW of Svalbard, the Vestnesa Ridge, there are a number of methane-emitting sources on the seabed. One such source and its emissions was tracked through various phases of the tidal cycle. It was found that high tide had a role in suppressing emissions, suggesting that a rise in global sea level might play a similar role in the future.

Dr. Peter Wadhams, Emeritus Professor, Ocean Physics, Head of the Polar Ocean Physics Group, University of Cambridge, with 40 years of research in sea ice and ocean processes in the Arctic and the Antarctic, author of numerous publications on the dynamics and thermodynamics of sea ice, sea ice thickness, waves in ice, icebergs, and ocean convection.