5G An Assault on Health and Environment
Without Informed Consent

The drive by tech giants to develop artificial intelligence envisages every facet of our lives dominated by 5G networks. The media paints it as the technology of the future, but 5G is invading the public domain without public oversight.

The costs are huge. Research by Greensill Asset Management estimated that developing 5G globally surpassed $2.7 trillion by year end 2020. Operators paid almost £1.4bn for the UK Government 5G wavelengths auction alone. While the world is reeling under the strain of a pandemic, a debt crisis, climate breakdown and economic collapse, how does it possibly make sense to throw so much money at a potentially harmful tech fantasy when we need to spend billions on a green transition to sustainability?

As data from billions of internet-connected ‘smart’ devices grows exponentially, it is estimated the Information and Communications Technology (ICT) industry could consume 20% of global electricity production by 2025, up from around 3-5% in 2015. (Anders Andrae, Huawei) — feeding incessant demand from phone screen addiction. Scientists at the UK Royal Society found that streaming a single HD video on a phone generates around eight times the carbon emissions as streaming in SD, with no real difference in clarity.

Claims that ‘we need 5G because 4G can’t cope’ conflicts with the millions spent looking for things to do with it. In October 2020, VOA News China quotes Huawei CEO Reng Zhengfei saying: “humankind does not need 5G; it needs broadband, which is not a major component of 5G”. The media is pumping up an unquestioning technology love-in with an IT sector that paints visions of driverless vehicles they claim are safer and more efficient than human-controlled transport, offers ultra-fast streaming to mobile cell phones, virtual-reality tech fantasies for people’s amusement, GPS control of small electric scooters, musical blue-tooth lightbulbs and drone delivery to homes, to shatter what peace we have.

Advocates point to areas where the technology might assist, perhaps in surgical procedures. However, there is no sound evidence that autonomous vehicles are reducing collisions. A 2018 US study states that, when compared with human drivers, driverless systems would have to improve ten-fold in detecting pedestrians. (Guardian Long Read, October 3, 2019).

The ‘Internet Of Things’ Promises To Give Us More. . . Of What?

5G will bring a huge increase in microwave radiation everywhere, in cities

, suburbs, parks, nature reserves. Instead of cell towers every few miles, there will be small but powerful towers—in front of every third to fifth home.

Atmospheric effects and use of fossil fuels.

Instead of 2,000 satellites orbiting the Earth, there will shortly be 50,000, with permission granted for 100,000. These satellites have a short lifespan requiring more deployment. A new hydrocarbon engine to power a fleet of suborbital rockets would emit black carbon which “could cause potentially significant changes in the global atmospheric circulation” according to a 2010 Californian study. (Guardian, October 3, 2019). Satellite mass communications is a highly speculative sector fraught with financial risk.

The 5G Innovation Centre in Surrey says that “where trees are of comparable heights to masts, coverage can be reduced by as much as 70%.”

Impact on human health and our environment.

1) Effects on the skin. A study found that 90% of the transmitted power of electro-magnetic radiation is absorbed in the skin. (Dr. Ben-Ishai, Hebrew University, Israel). The skin is intimately connected to the nervous system, potentially increasing neurological disorders.

2) Effects on plant health. Millimetre waves are particularly susceptible to being absorbed by plants. Humans and animals consume plants as a food source. Rain that falls on these plants will also be irradiated.
Selected papers from NAFEW 2009.

Our digital world depends on silicon transistors. One smartphone can hold millions of transistors on tiny pure silicon chips that guzzle electricity, generate greenhouse gases and toxic waste in their production. Katie Singer

How we manufacture silicon: computers’ crucial ingredient not found in mature

1) Wireless charging is drastically less efficient than wired charging and will require dozens of new power plants according to calculations by OneZero and iFixit,

2) New ‘microcomb’ cable fiber technologies are safer, 10 times more efficient than 5G and could be in wide use within three years. (Monash University).

5G is invading the public domain without public oversight. Nowhere in its seven ‘terms of reference’ did the UK government’s consultation ‘Call for Evidence and the Road to 5G‘, even mention ‘health and environmental’ concerns. It is a monumental bias to promote this tech lobby investment. Similar to the playbook used by tobacco, asbestos and Teflon toxins the telecom industry has neglected to disclose risks from 5G. They are flying blind on health and environmental impacts and putting profit before people.

The Panel for the Future of Science and Technology of the European Parliament has called for a moratorium on 5G deployment until health and environmental impacts are resolved. (Electromagnetic Radiation Safety)

Some countries have tightened their exposure rules. France, which has the world’s strictest limits, banned wireless devices in day-care centres for children under three and ordered towns to map and publish locations of antennas and radiation levels. Israel and France have banned adverts showing children using phones. In Switzerland, Geneva is one of several cities that placed a moratorium on 5G.

5G is being rolled out without independent Health or Environmental Impact assessments and without informed consent, enshrined in UN Law. People should have the right to decide what kind of radiation they are exposed to and whether they want it at all, without being labelled “conspiracy theorists.” The Stop 5G movement bases its concerns on evidence-based science. The media needs to engage in serious debate rather than conspiracy narratives. 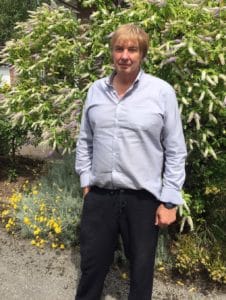